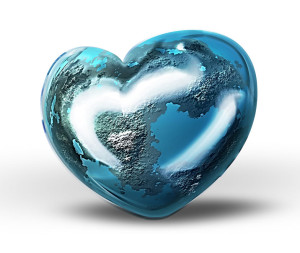 The philosophy behind “Lesson of Pao,” and the message that implicitly permeates the story is that everything in life is made better by coming to it through love, in short, that “love heals everything.”

There are multiple levels of beings in the story. There’s the evolved level of the Vendylorians, the so-called “enlightened” beings who teach and serve the lesser-evolved inhabitants of the multiverse. Then, there are the humans, rife with ego, frailty, angst and confusion. Lastly, there are the kitties and the other animals that are subservient to the humans, but that are superior in their pure spirituality.

The surprising truth is that imperfection exists at all of these levels. Even the Vendylorians are continually working on improving. They also are subject to anger, pettiness, misguided behaviors and ego. Cases in point are Master Kuo’s explosive temper, Master Drock’s arrogance and ego, and Master Pao’s righteousness. The humans are mired in their shortcomings. One obvious case is Paddy Coogan, a miserable, hateful, depressed and hopeless old farmer, who had given up on ever being happy. The animals have their own limitations derived by “forgetting” their naturally evolved state and by observing and imitating the flawed behaviors of their human masters. Lucia is a good example of this trap as she exhibits jealousy and pettiness toward her sister, Kay Cee. Therefore, it seems clear that the snags along the way to spiritual enlightenment afflict all living material beings.

In “Lessons” Master Pao is aware that he is imperfect, and he’s working on that; but he is also aware of the obstacles blocking spiritual evolution in Earth creatures. Therefore, he subtly directs them how to love in order to reach enlightenment.

So really, what are Pao’s lessons? The main lessons to be learned are that only love can create the happiness that we seek, and that only by recognizing and respecting the love within each other can we get there.