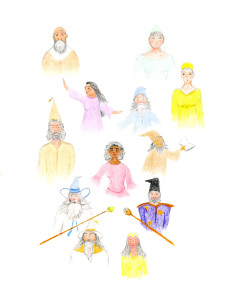 The Council of Twelve, headed by Grand Master Kuo, comprises the most evolved Masters on Vendylor, a realm of enlightened beings. The Vendylorians’ mission is to traverse the Multiverse to teach inhabitants of the other realms and to assist them in answer to their spiritual calls for help. The Council votes on the guiding rules of the Vendylorian Paradise and decides which new members will be added to the prestigious group. Although twelve in number, only three of the members are directly involved in the adventure: Master Pao, Grand Master Kuo and Master Drock. 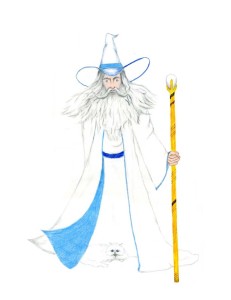 Master Pao is the protagonist of the story. He is a revered Master of the Council of Twelve and protégé of Grand Master Kuo. It is Master Pao who responds to the cries for help of Breda McGowan, a young woman in Kilimagh, Ireland, by transporting himself through time and space into the vacant form of a Persian kitten on a farm in Ireland. As the kitten, Paolino, Master Pao creates miracles for all the humans with whom he comes into contact, including and especially Breda, as he utilizes his Vendylorian powers in a series of Earthly, lesson-teaching adventures. 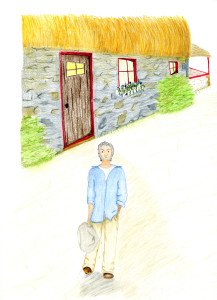 Kuo is the Grand Master, the highest-ranking Vendylorian and Head of the Council of Twelve. His responsibility as Council Head is to direct all Vendylorian efforts in aiding less evolved beings in other realms when they call for help. Kuo becomes deeply involved in assisting Master Pao to help the Earthlings as well as in circumventing the problems that arise during the effort. At one point his assistance requires that he, himself, appear on Earth, albeit in human disguise. 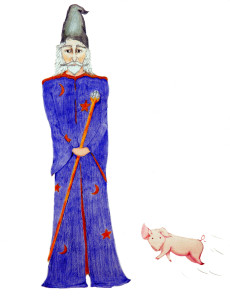 Drock is the antagonist of “Lessons.” An immature Member of the Council of Twelve and the worst nightmare of Master Pao and Grand Master Kuo, he disobeys a stern order from Kuo to stay away from Earth. During his ill-fated visit to the planet, he, himself, learns many lesson as he grapples with chaos. It seems that not only the Earthlings have the need to evolve, but also a sarcastic, self-serving Vendylorian with a penchant for mischief